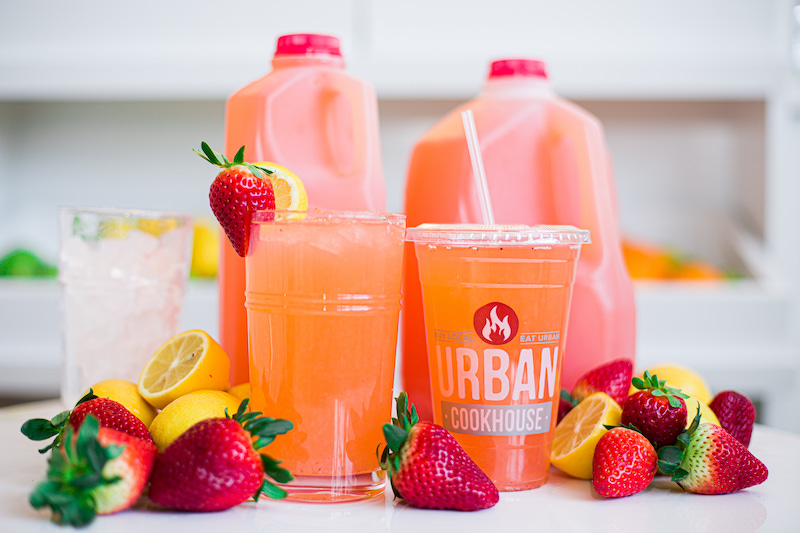 When you love what you do, it shows.

Andrea Snyder and her husband, David, have been loving what they do since 2010, when they developed the concept of Urban Cookhouse, their locally owned and wildly popular Homewood restaurant. The idea was simple: healthy, locally sourced, clean meals giving customers more, rather than less.

The restaurant chain veterans and Alabama grads worked for years learning the ins and outs of the service industry before embarking on the concept they created in 2010. Together, they developed everything: the menu, the cooking style and how it was sourced, using the knowledge passed down from their mothers and grandmothers.

It’s no surprise that in just a decade, these two superstars have developed two dining concepts and opened six restaurants, including building mate Farm Bowl, all of which are scattered like seeds and blooming across the Southeast. To say they’ve been successful would be quite an understatement. 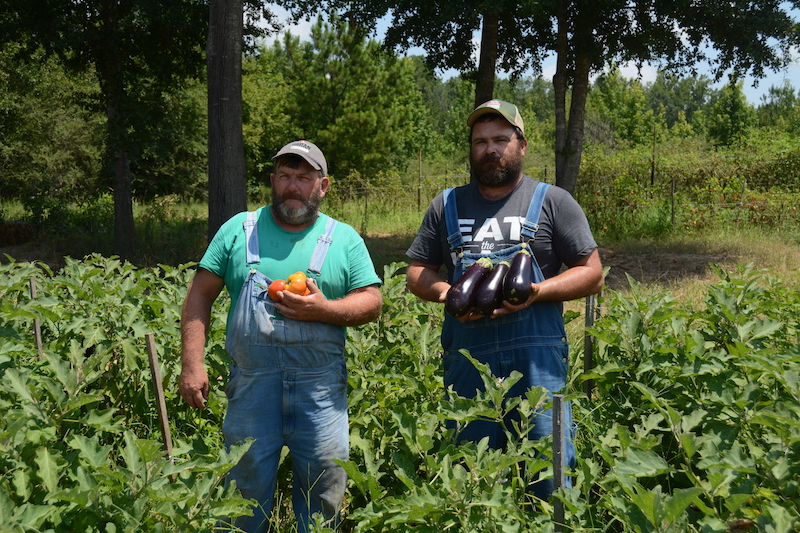 “Our vision for Urban Cookhouse hasn’t changed much,” said Andrea. “We have always strived to hire the best people who focus on building relationships with our customers and delivering the freshest food possible as fast as possible.” There is a definite sense of family within the restaurant’s walls and you can see it right away. The pictures on the wall of those of their farmers. Everyone seems to know each other, and if they don’t, they make sure to go out of their way to make sure that they do by the time you leave. “We recognize those who have meaningful interactions with our customers, and also those who go above and beyond,” she said.

Marketing Director Bella Garzon agrees. “We really care about our farmers and their families. It was important to us to make sure that our staff and employees also had that relationship,” she said. “When they are at work and talking to customers, they are able to have interactions that are more personal than just small talk because they know where their food was grown. They can pass that information down to our customers.”

“Last summer, we did a Farm Week and took all of our employees to go visit all of our farms and meet the farmers that actually grow the food that we sell. It gave all of us an opportunity to really be hands-on, plant some things and most importantly, establish relationships with our farmers, It truly is farm to table,” Bella said.”It was a great week, great for company morale, bonding and making relationships. We love our farmers.” 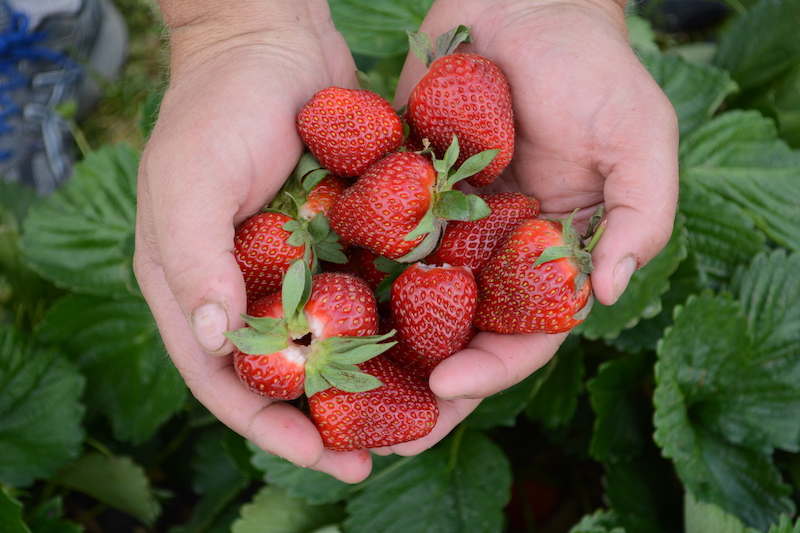 Agriculture. Community. Sustainability. These days, it’s more important than ever to support local farmers. Besides being better for the environment by cutting down on travel times and shipping, produce is picked fresh and served at peak ripeness, providing a better taste and experience for consumers while also paying back into the community from which it comes. Knowledge is power.

At Hamm Farm in Cullman, father and son Dwight and Chris Hamm have been farming for over 18 years and grow the tomatoes, eggplant and bell peppers found in all of the dishes at Urban Cookhouse. Their tomatoes, named Thomas Jefferson, are actually seeded from tomatoes grown by the former president. “It’s hard work,” said Chris, “and you have to love it to do it.” Dwights nods and says, “You gotta eat, and this is about as simple as you can get. If you don’t eat, you ain’t gonna survive.”

The passion runs deep for father and son, who are rarely seen without their classic, denim overalls, do the majority of the work on the farm. “The future of farming, in general, is in trouble. If something doesn’t change, it’s going to get tough,” said Dwight. With horticulture not being taught in high schools any longer, Chris adds that “a whole generation has been lost. No one wants to do it anymore.” 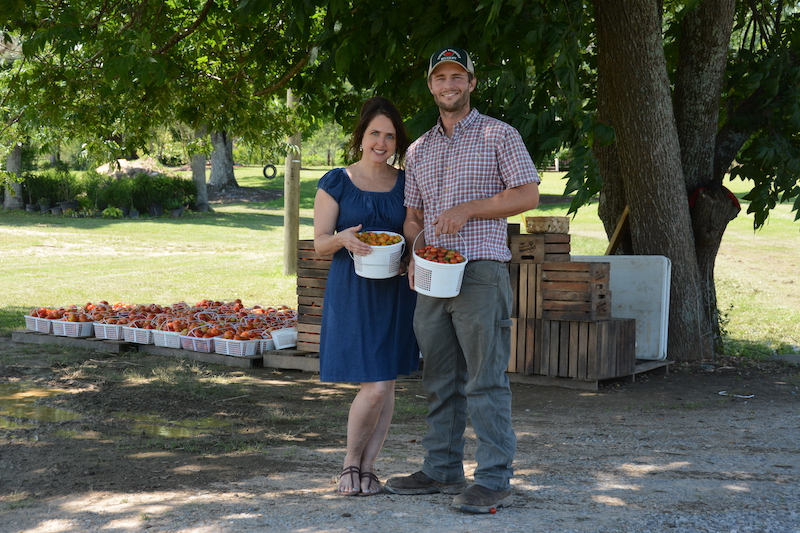 Heading south to Clanton, we find Smitherman Farms, which is owned by Josh and Shannon Smitherman, who are generational peach farmers. Josh has been farming since fifth grade and began doing in full time after graduating from Auburn in 2007 with a degree in horticulture. He has been running the farm ever since. “Why is it important to buy local? I would say the quality of food. But, if you really want to go mega scale with it, I would say to keep farmers in business so the world always has food to eat,” he said. “I think it’s important to support local farms so our food is more sustainable.”

In addition to buying their produce, Urban Cookhouse also diversifies the income the family received by buying others crops on their farms, making it a win-win situation for all involved.

Similar to other local restaurants, Covid was not a bad experience for them. “During the reign of Covid, we were able to retain most of our staff and stay open focusing on speedy service in our drive-thru,” Andrea says of UC’s dynamic during the pandemic. “We also enhanced family meal offerings during that time to help feed families staying at home.” Bella agrees, saying that it was interesting that when “Covid first happened, it was a huge shift in general. But, surprisingly, Covid has done wonders for us. You had to become innovative and creative in the way that you perceive anything,” she said. 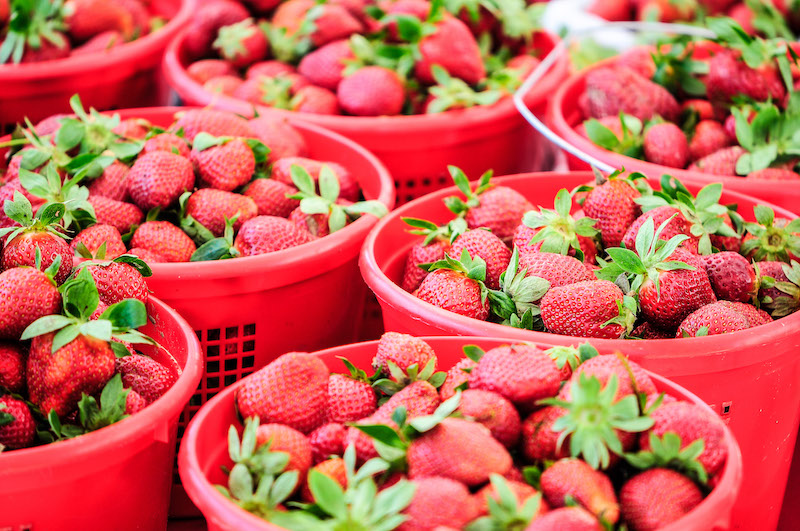 Back in Cullman at Harvest Farms, Trent Boyd and his family provide the strawberries for the delicious, out-of-this-world House-made Strawberry Lemonade that is served at UC. Providing 1000 gallons of strawberries every spring for UC to puree and freeze is no easy feat, but it’s necessary to be able to provide local strawberries in the lemonade year-round. “It’s during March, April and May that we get our strawberries. Tons of strawberries. Tons.” said Bella. There is a whole process that goes into making that lemonade so that we can have it year-round.” The strawberries are pureed once a year, usually in the spring, and then stored in gallon containers at Harvest Farms. “Anytime we need to get more strawberry puree, our supplier has been great enough to hold all of this product for us and ship it to us when we are ready,” she said.

Eagles Wings in a non-profit agency that provides day rehabilitation services for adults with developmental disabilities and was developed by Jerry and Sandra Pike in honor of their son, Joey, who suffers from disabilities. Services at EW are offered with the intent to develop independent living skills, gain meaningful employment and live in the community. It also happens to be the place where UC gets “Joey’s Finest” romaine lettuce, which they grow and tend to throughout the season. “We get to see them more than I thought we would. It’s important to continue those relationships moving beyond a day in the summer,” said Bella. “They are so much more a part of Urban Cookhouse than they think.”

“We are truly a family at Urban Cookhouse,” says Andrea. “We have frequent staff events such as Top Golf, Axe Throwing, etc. We throw an epic Christmas party and host Farm Days throughout the year. We are a fun place to work.”

All in the Family

A Taste of Sorelle Café 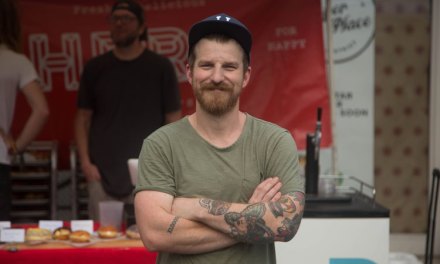 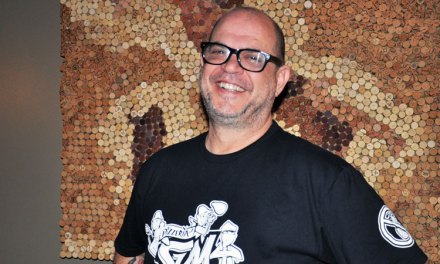