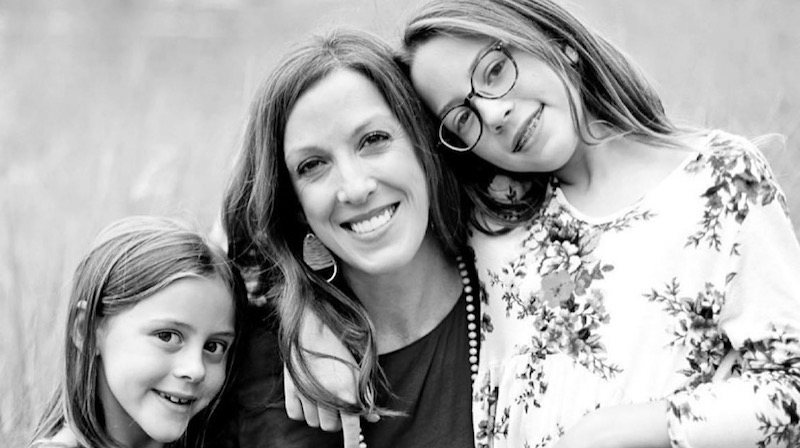 When Allison Haynes and her kids had to quarantine for COVID last year, her friend Robyn Naftel Herring dropped off toys and activities for her kids, flowers for Allison and snacks for everyone. That, in an act, was Robyn. Being thoughtful was second nature to her.

“Sometimes little gestures make the biggest difference, and Robyn really knew that,” Allison says. “(After my husband passed away), she would bring me a coffee or bring her kids over to play with mine so we could have a glass of wine.”

Anyone who knew Robyn will tell you she was an incredible mom, an incredible friend and an incredible nurse-turned-nurse practitioner. Always up for an adventure, she loved laughing, biking, hiking, running or just playing with her two daughters in the backyard, but more than anything she loved her people each and every day of her 42 years. She was a bright spot in countless lives. She was a fighter. And she’d move mountains for anyone who needed them moved. 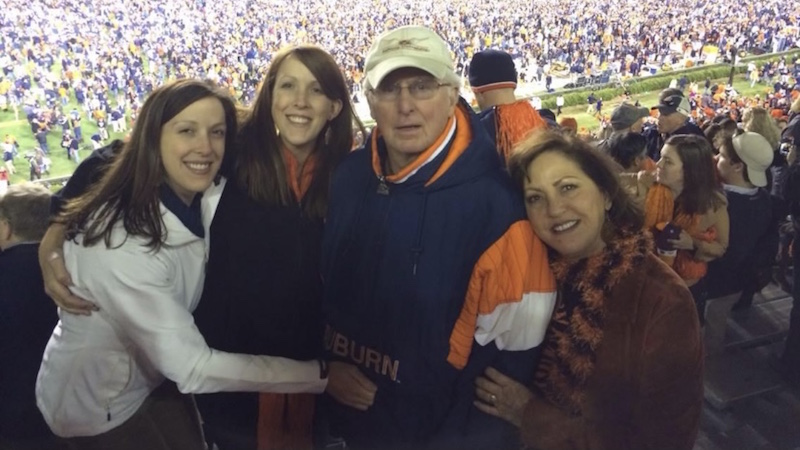 A graduate of Auburn High School, Robyn studied animal and dairy sciences close to home at Auburn University with plans to become a veterinarian before deciding to go to nursing school, and she continued to pour out her love of animals to her yellow lab Riggs and her three cats more recently. Even as she moved to Birmingham and lived for many years in Homewood, she remained close with her parents John and Rita, twin sister Brandy, sister Shannon, sister Kelly, and nieces and nephews.

Robyn’s friends will tell you she was the friend who after a rough day would text you to come over and sit around the fire and the friend who would invite her people out for a cheap margarita with all their kids. She’d reach out when she knew something hard had happened in your life, responding in a way that showed she truly saw what you were going through.

Robyn was also a natural caregiver. Her friend Brierley Horton recalls a day right after the COVID-19 pandemic started when she quickly started feeling sick right after going to the bank with her daughters. Brierley pulled over and got out of the car in downtown Homewood right as Robyn happened to drive by—and quickly drove up to where Brierley was. Robyn took charge and helped get Brierley’s kids situated with their dad, and then she scooped up Brierley, carried her to her car, carried her inside her own house and stayed with her until she started to feel better. “That’s an amazing thing for a friend to do,” Brierley says. “I could have had COVID, but her big thing was safety and health and that was her priority.“ 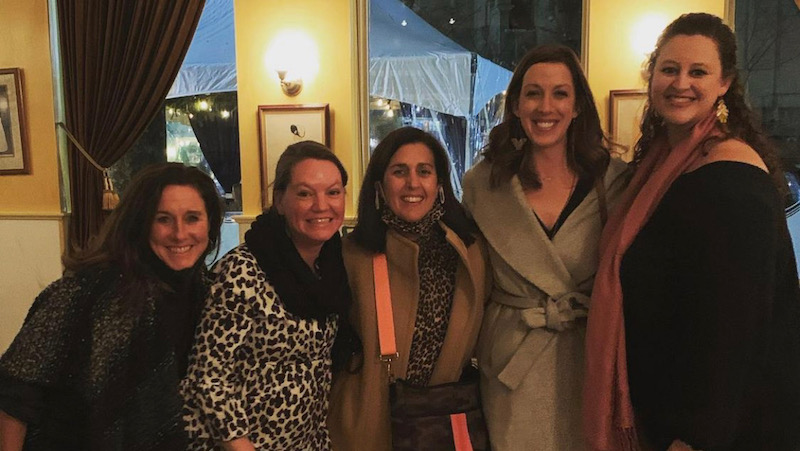 Robyn also was there when Brierley was navigating a hard time in her own life, sharing what she had learned in going through her own divorce. “She helped me lay out a vision for what I wanted and who I wanted to be as a co-parent and how to get back in the dating world,” Brierley says.

As a fellow single parent, Brierley has a strong appreciation for all Robyn did for her daughters as well. “Her girls did music and dance and gymnastics and camps in the summer,” she says. “She somehow managed to wrangle it all. As a single mom, you are sometimes like, ‘This year Easter dresses don’t matter, or we will do gymnastics next year.’ She always pushed hard to make that happen for them.”

The same went for Robyn’s patients at work, where she always went the extra mile. Sometimes that meant running to the parking lot to make sure a patient got their medications, and others it meant following up on a test result after hours or calling on the weekend to make sure they were feeling okay. All of those actions were second nature to her.

And that’s just who she was as she cared for patients in the COVID unit at UAB last year. “She wasn’t one to complain,” says Allison, who also worked with Robyn first in the ICU when they were fresh out of nursing school and again over the past year as transplant coordinators. “She would take on hard things and do it with grace and a smile on her face. She probably could have found a different job, but she knew she was needed. She never ran away from hard things.” 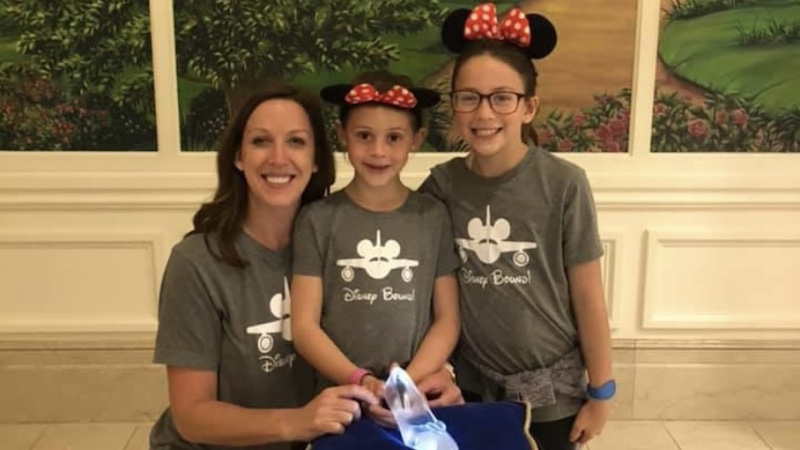 Back when Robyn was pregnant with her second child Abby, who is now 8, she joined a prayer group that gathered every Friday morning. She quickly became the “nurse” of the group of eight Homewood moms with her calm presence and willingness to answer their medical questions. But all the more so she was deeply bonded in friendship with them.

“She was 100 percent with you when she was with you and deeply cared about what was going on,” says Mary Gardner, another prayer group member. “She would walk through the door, and you gravitated toward her. And if you asked for prayer, I know she prayed for us.”

Even as she walked through a divorce and then worked AND went to school as a single parent, Robyn was with these friends every Friday morning she could, and she was often the one who would text everyone to get together for a birthday or just because. “She was a light,” Mary says. “I don’t know how she did it all.”

Mary says she always knew Robyn “had a deep connection with God,” and she’d recently been  baptized along with her 9-year-old daughter Kate. Her faith was all the more evidenced after her family and friends found Robyn’s journals and writing after she passed away. “Her journey was messy and ugly, but she wrote down some things about what God had taught her along the way and it was mind-blowing,” Mary recounts. “It was amazing and beautiful. Her wisdom was incredible.”

John Holley quickly noticed those traits in Robyn as well. Although he and Robyn dated for only three months, they got to know each other quickly and easily connected. When it came to dating, Robyn didn’t so much want to go out to dinner. She’d rather go on an adventure, wandering through woods or going to Red Mountain Park or down to the Cahaba River.

In their short time together, she and John made memories working in the yard, going for runs and sitting around the fire pit listening to ‘90s country music—always exercising her love language of quality time. And in that time John got to know layer after layer of Robyn. 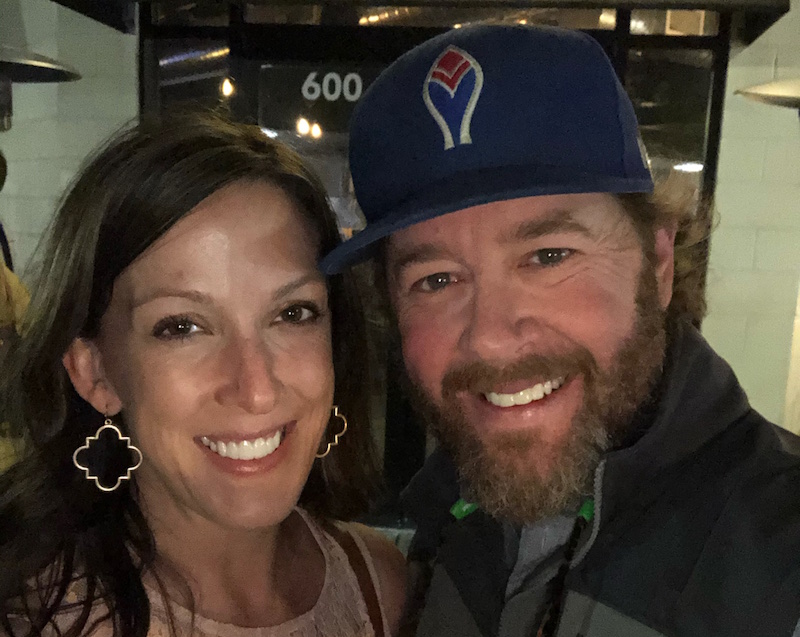 “She was excited about life and excited about all the things that she had going on work wise, house wise, and what was next to come,” John says. “She was healthy in mind, body and spirit, and she was conscious of those things but wasn’t obsessive about any of them.”

And that’s just what she was on the evening April 26, 2021—fully engaged with her daughters and John, soaking up every moment without distraction. They’d all eaten breakfast for dinner at her house before deciding to go out for ice cream, and Robyn didn’t even grab her phone as they left. In his final memories of Robyn, John sees her listening to music with him and her girls, fully happy in the moment, not knowing that in a split second as their car was struck by another her time on earth would come to a close.

A tree and memorial marker on Shades Road in her favorite color, purple, will soon pay tribute to Robyn’s life, but more than anything her memory will continue to live on in those who are forever marked by her presence in their lives.

“When I think about how I can carry her legacy on, I want to be the best friend I can be and the best mom I can be because that’s what she was and would want us all to continue to do,” Mary says. “She’d want us to continue praying for each other, and to try our best to watch out for her girls and to pray for them too.” 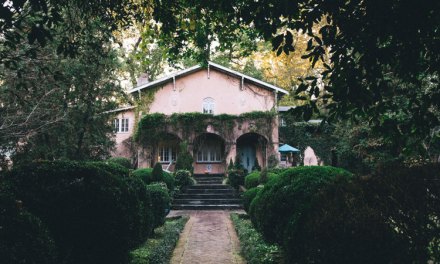 How the College Choice Foundation Pays It Forward 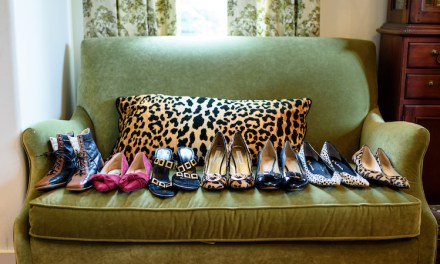