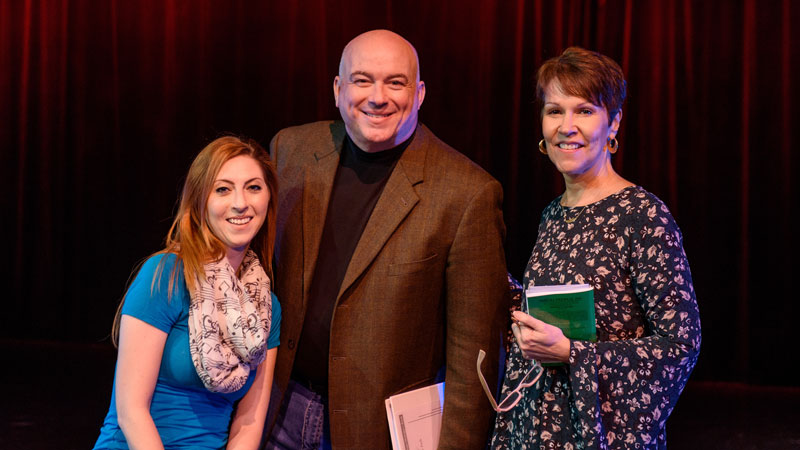 Kyle Bass lives on Broadway. Not in that metaphorical, musical, “they say the neon lights are bright on” sense, although he does spend a lot of time thinking about the theater. He actually lives on that Homewood thoroughfare that connects Oxmoor to Green Springs. Which makes things just perfect, because after more than two decades of acting, directing, producing and even writing for the stage in Birmingham, Kyle is now bringing a little Broadway to Homewood.

Kyle didn’t discover the theater until he was a sophomore in high school. Although he can’t remember what play it was, what he does remember is being cast opposite a pretty senior and looking forward to running lines with her every day.  He loved the entire process of putting on a production, and just like that, he was hooked.  Not so much that he took off for New York or Los Angeles after graduation (there’s a practical side to him), but enough that even after majoring in computer science and landing a job as a health care analyst for Blue Cross Blue Shield, he became a regular around Birmingham’s thriving theaters. He settled down in Homewood, raised a family, and now that the kids are grown, he has the time to make a longtime dream of his a reality.

“I’d been talking with people for years that it would be nice to have a theater in Homewood,” he says. They’d sit around after performances at various theaters in Birmingham and imagine not having to drive downtown to do it. “You might be able even to park your car, walk to get dinner, walk back and see a show, without even going over the mountain,” he says. He’s even coined a name for it: doing the 18th Stroll. 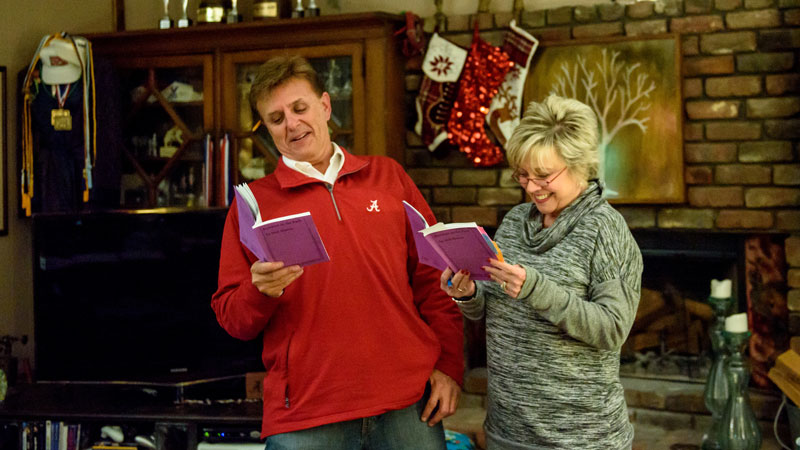 And so, two years ago he started the process. It took nine months just to get the paperwork in order making them a non-profit. Then, it was time to find a theater. One of the very things that so many people like about Homewood—finite boundaries that make too much sprawl impossible—also makes it hard to find space for a theater. So Kyle looked at his options, and that included The Dance Foundation. It has an auditorium that holds 100 and just sits empty most weekend nights. It’s small and intimate. And that’s a good thing. Imagine going to the theater and being close enough to really read the actor’s face.

“When you’re in a small theater, I think it kind of encourages you—it’s kind of like you’re with friends,” Kyle says. “You’re not in a 2,000-seat theater [where] you kind of feel a little nervous about laughing. If you’re in here with just a hundred of your closest friends, I think it encourages laughing.”

It also allows Kyle to do some fun things with the seating. When he held a cabaret-style performance last year, he was able to put bistro tables on the floor, and audience members sat at the tables like they were at a little piano bar.

Homewood Theatre serves complimentary beer and wine, and even offers a meet-and-greet with cast members afterward on opening night. And Kyle says 300 people a weekend going out to dinner before catching a show at Homewood Theatre is also good businesses for downtown restaurants. One of the great things about Homewood is it still has a downtown area, unlike Vestavia and Hoover, which Kyle says are more like highway communities.

“I think we’re a special little community. It’s the only place I know that ran a Starbucks out of business. Not because they don’t like Starbucks, but because it went in too close to O’Henry’s. They didn’t like that. They’d still go over to Mountain Brook Starbucks,” Kyle says, chuckling. But they wouldn’t go to the Homewood Starbucks because they were afraid they were trying to put O’Henry’s out of business.

That’s just the kind of city Kyle thinks will embrace his idea, and give it a real home, just a bit off Broadway.

Kyle says the Homewood Theatre will be holding open an open casting call for upcoming plays Always a Bridesmaid and I Love You, You’re Perfect, Now Change, and he’s hoping to see some Homewood faces audition. Buy tickets and find more information at homewoodtheatre.com. 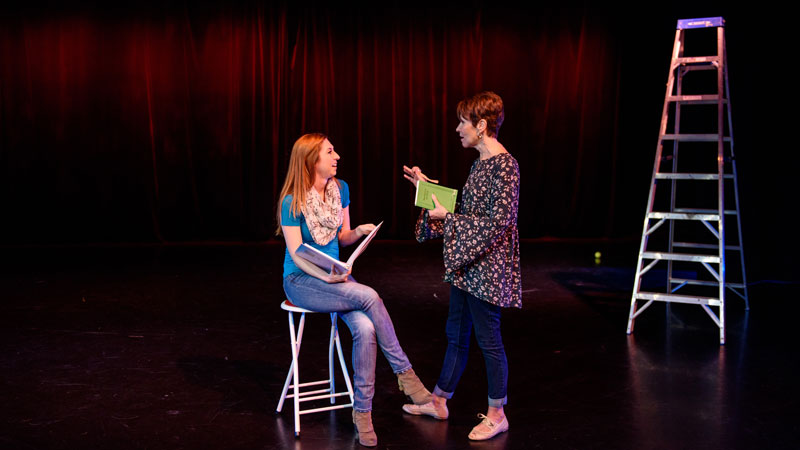 Barefoot in the Park

This a classic Neil Simon comedy Marietta Lunceford is directing, and we have an all-star cast (Mike Cunliffe, Sara James, Howard Green and Salena Whalen-Stalker). What more could you want?  This play has not been performed in Birmingham in a while, so you’ll want to see this laugh-a-minute romp in the friendly confines of Homewood Theatre.

Four friends have sworn to keep the promise they made on the night of their Senior Prom: to be in each other’s weddings. But with all that’s happening, the last wedding may not happen at all!

This show is written by the team of Hope, Jones and Wooten who have written a plethora of plays and even used to write for the television show The Golden Girls.  Always a Bridesmaid is one of their hilarious comedies with an all-female cast, and makes a perfect opportunity for a girls night out.

This show is the second-longest running Off Broadway musical ever.  The show is presented in the form of a series of vignettes connected by the central theme of love and relationships. The play’s tagline is, “Everything you have ever secretly thought about dating, romance, marriage, lovers, husbands, wives and in-laws, but were afraid to admit.”

I am tickled to have David Strickland directing this one. He has been directing all over the country, and we were able to get him to do this one for Homewood Theatre.  It’s a funny show with great music, and it’s one of my wife’s favorite shows.  It’s kind of like Seinfeld set to music.  It’s a fun one that will entertain everyone—even the folks who don’t usually like going to the theatre. 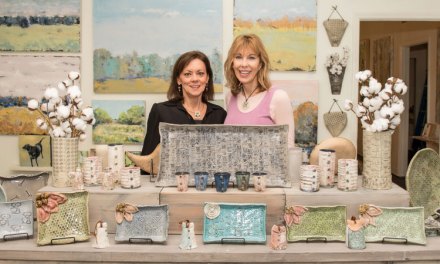 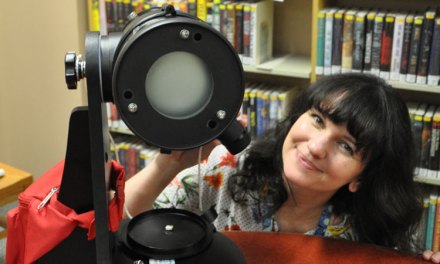 What To Know About Homewood Library’s Telescope Rental 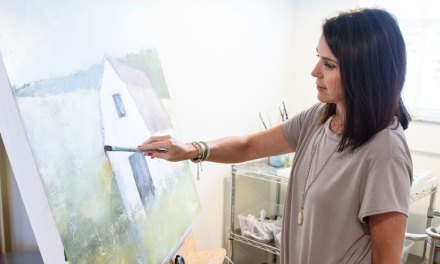 How Karen Marcum Reminisces in Acrylic