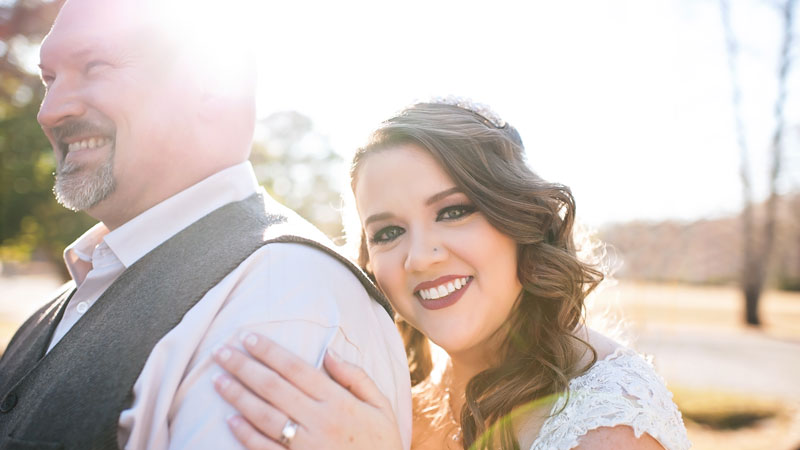 The Proposal: After we decided to get married, we found a house that checked all of the boxes on our list. It was in Homewood, big enough for all of the children and close enough to the interstate to allow easy access to Scott’s parents in Shelby County. I (Danielle) joked that instead of a ring, I got an engagement house. Scott’s sister bought a thrift store ring, replaced the stone with a piece of brick and gave it to Scott for me, and Scott proposed to me with the brick ring. We soon replaced the brick ring with a real one and started planning the big day. 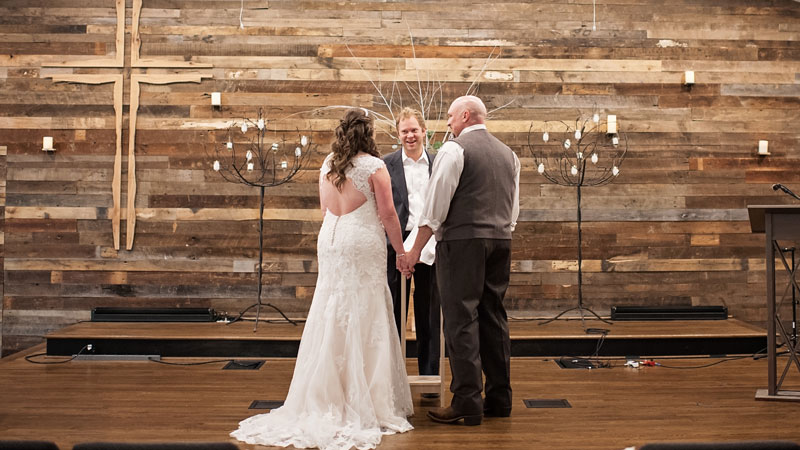 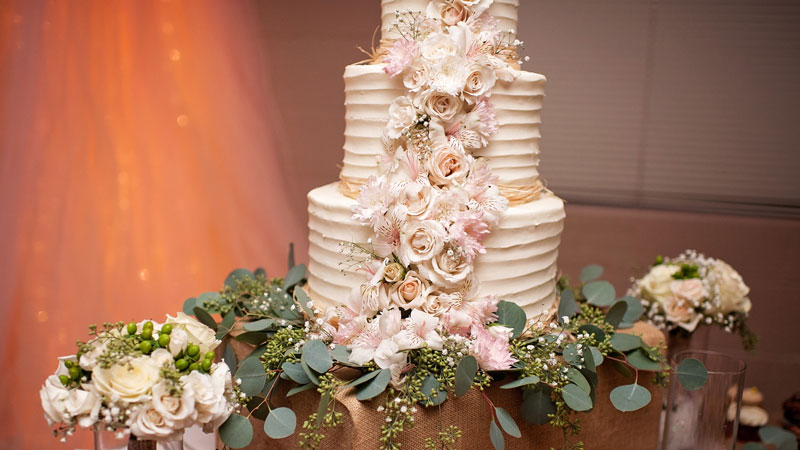 Favorite Moment: My son, Aaron, escorted her outside for us to do reveal pictures. “Seeing how beautiful she looked in her dress and how happy our children were that we were getting married was one of my many favorite moments of the day,” Scott says. 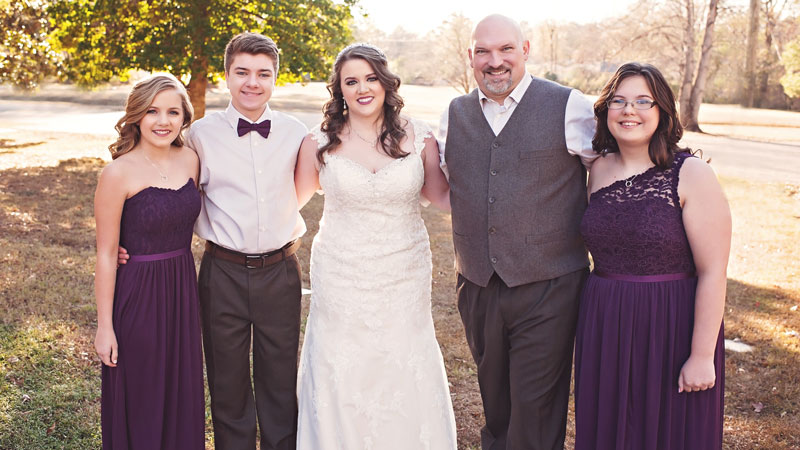 Favorite Details: Our daughter, Kaitlyn, sang “I Get to Love You” by Ruelle during the ceremony, and our other two children, Aaron and Grace, read scripture as part of the ceremony. Having our three kids participate in the ceremony was very important to us. We even included them on the wedding invitation. To honor the memory of Scott’s dad, we had a picture of him where he would have been seated next to his mother and placed his hammer with a red rose on the altar table. As a tribute to her grandparents, Danielle’s bouquet included a charm with their photo in it. 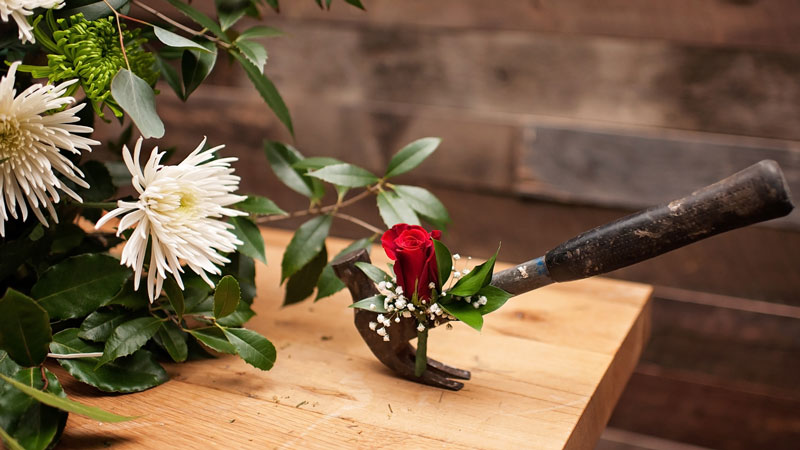 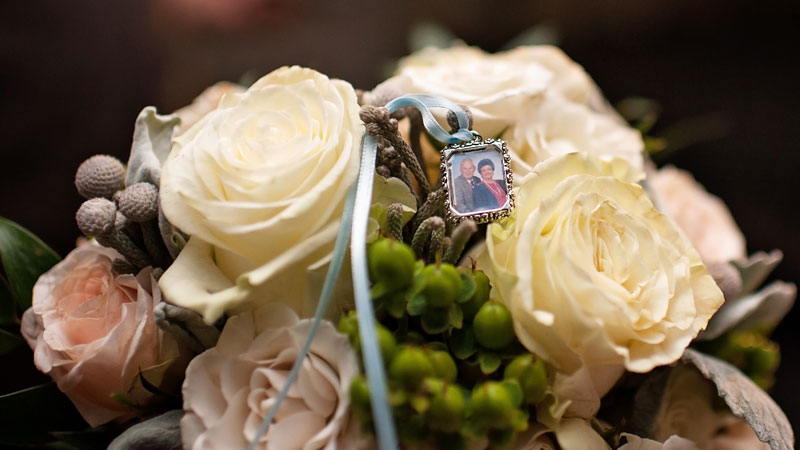 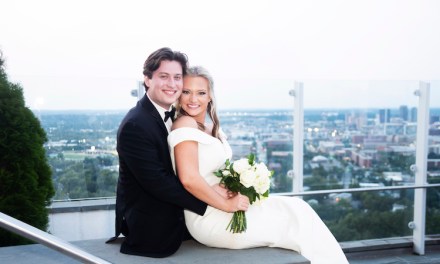 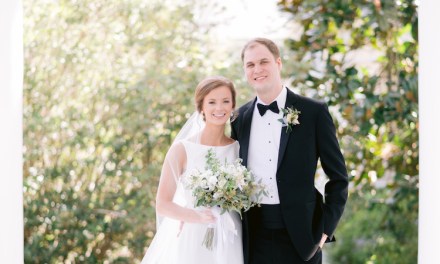 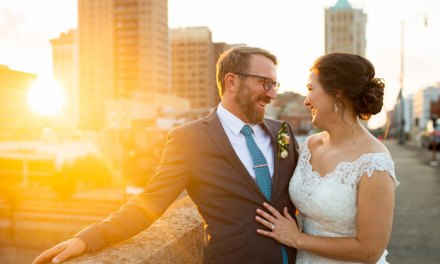 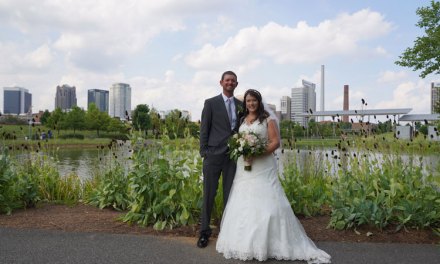